Location: Southwest of Turtle Cove and north of Peleliu

Level of Diving Experience: Novice to intermediate, depending on the current.

Currents:  The current here is unpredictable and can be very strong. For more information regarding the tidal pattern in Palau, refer to the Blue Corner tide and current section.

General Information: This reef system is considered to be a part of the northern Peleliu dive sites. South of this dive site long stretches of pristine reef can still be found.

Reef Formation: Ngedbus Wall is part of a reef system that starts at German channel and runs southwest to Peleliu Corner. Just south of Ngedbus Island is Ngedbus Wall and Ngedbus Corner. The top of this reef starts in just a few feet of water and during extreme low tides the top of the reef will be exposed. Both walls at Ngedbus are sheer drops to approximately 250 feet (80 meters). Where the northern and southern reef walls meet, at Ngedbus Corner, they form a small plateau at approximately 25 feet (8 meters). 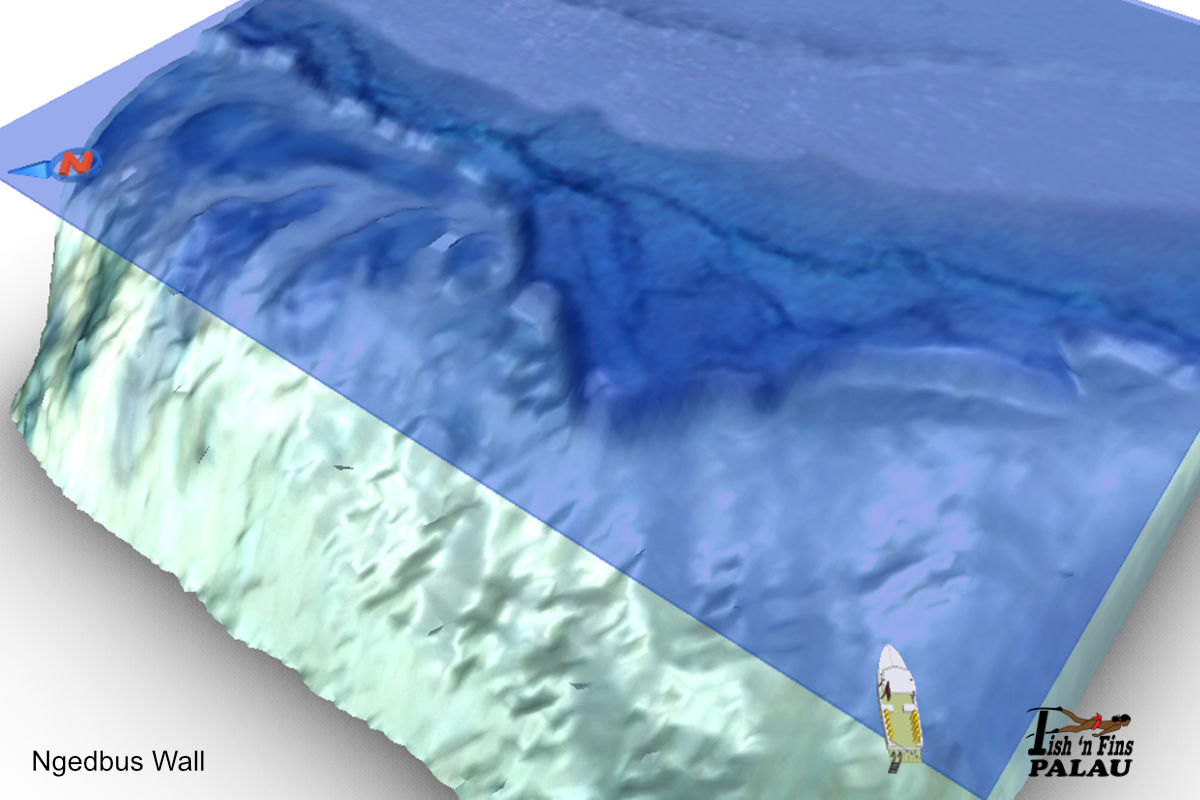 Marine life: Sea fans of all sizes jut out from the sheer reef wall. This makes an excellent photographic background. Thick and healthy soft corals with colors ranging from deep violet to hot pink are seen everywhere. Many Gray Reef Sharks patrol the walls and circle above the corner. Yellow and white clouds of Pyramid Butterfly fish and myriads of Redtoothed Triggerfish dominate the reef's edge. The plateau and the upper wall are home to large schools of silvery barracudas, rudderfish and snappers. Spotted Eagle Rays and Napoleon Wrasse are often seen here as well as big pods of Dolphin. 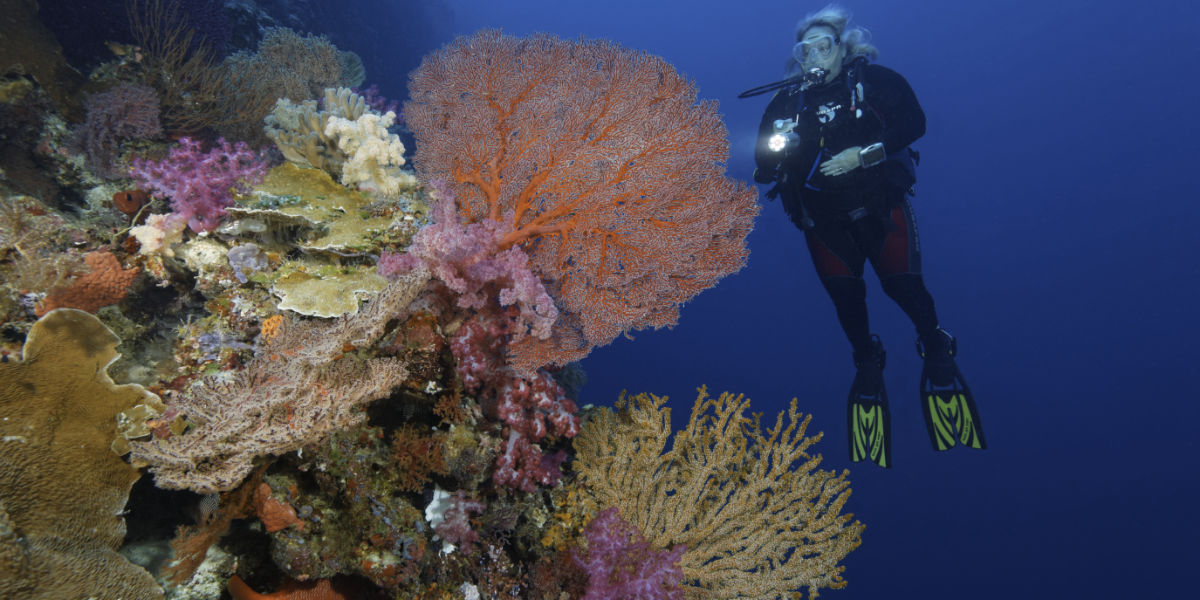 Diving: The speed and direction of the current here is unpredictable; it can be very strong at the corner. Your Dive Guide will start the dive somewhere along the eastern or southern edge of the reef. East to West: Follow the face of the wall to a depth of 60-90 feet (20-30 m) keeping the reef on your left. The reef has a moderate slope littered with broken corals and sand run offs. After about 10 to 15 minutes into the dive the topography will change to a sheer wall with colorful soft corals and large sea fans. Eventually the walls will merge and create Ngedbus Corner. This corner is lively and lots action should be expected. If the current is strong, hook on to the plateau at approximately 25 feet (8 meters) and enjoy the show. South to North: This dive starts along the western wall, keeping the reef on your right. The reef is similar in topography and in marine life. You will approach the Ngedbus Corner at the end of your dive.

Fascinating Facts: The Island of Ngedbus was a military airstrip used by the Japanese before and during WWII. Some remains of the old runways can still be found there.