Distance from Koror: 34 miles (55 kilometers) southwest of Koror. 55 to 70 minutes by speedboat.

General Information: Peleliu Coral Gardens has another name; one steeped in WWII history…Orange Beach. Orange Beach was the main invasion beach in an effort to recapture Peleliu Island. The reef is littered with many artifacts left behind from the WWII American invasion. Divers delight in discovering the enormous anchors, pipes, hoses, cables, artillery shells, guns, etc. 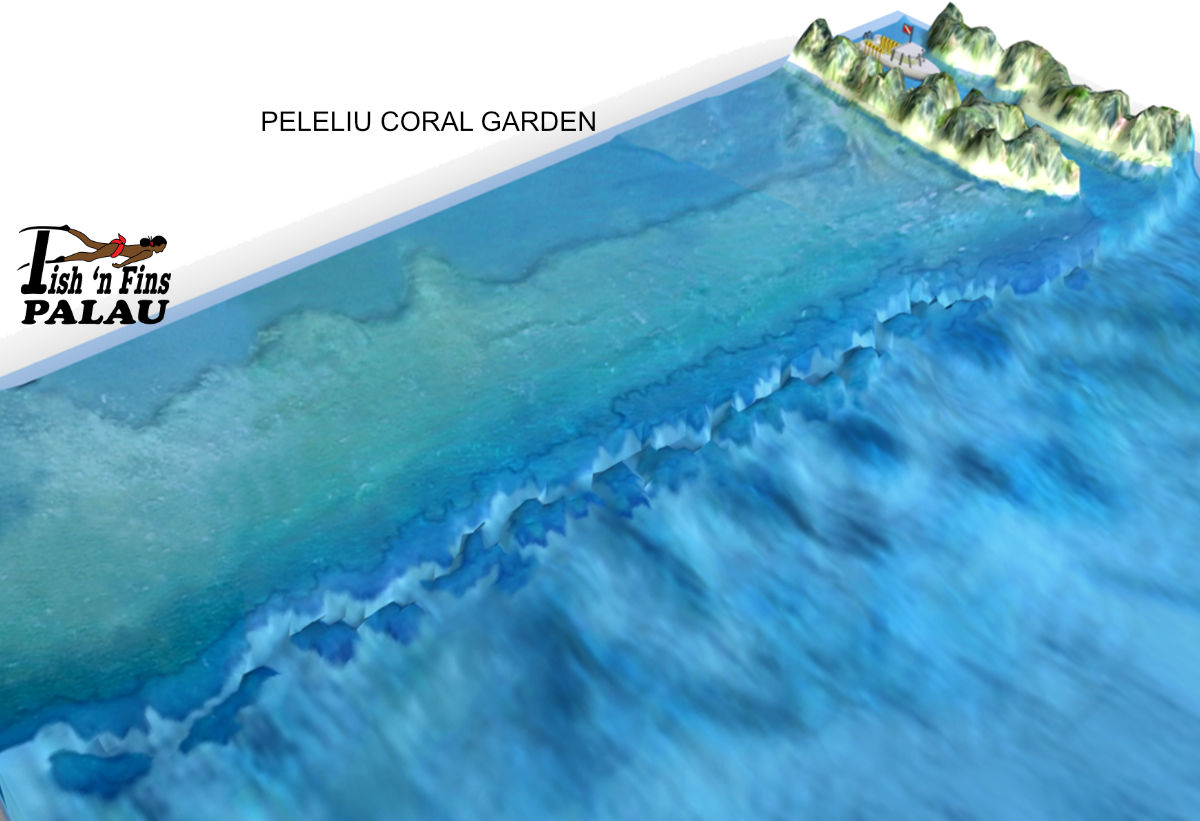 Reef Formation: Peleliu Coral Garden is a beautiful coral reef to explore. The reef formation starts at Peleliu Corner and runs north for approximately 6 miles (9.7 kilometers) toward Ngedbus Island. The coral garden begins in the shallows, just a few feet below the water; during low tide the top and upper reaches of the reef is exposed. At the outermost edge of the reef (55 feet/18 meters), the reef falls steeply to approximately 70 feet (23 m). Here the reef changes to a plateau constructed mainly of sand and broken corals before falling away again. Many deep canyons and crevices cut this slope and offer shelter to a large variety of marine life.

Marine life: Many species of tropical fish and large selection of invertebrates can be found here. Marble Rays, the well-camouflaged Crocodile Fish and big schools of Bumphead Parrotfish are seen regularly. Cuttlefish can also reward the observant diver. At the edge of the reef, due to the proximity of Peleliu Corner divers may encounter large pelagic fish such as sharks, barracuda, sailfish and blue marlin. 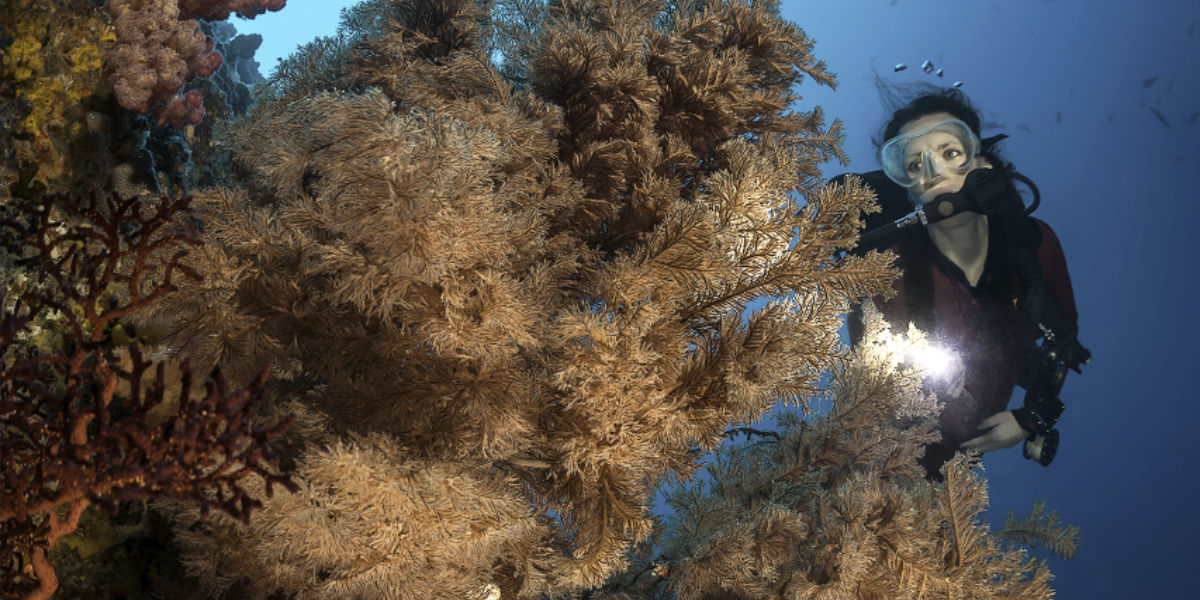 Diving: This is an easy dive for beginners and is a good site for a third dive. Usually there is very little current here and the visibility is good especially during an incoming tide. Start the dive from the edge of the reef (55 feet/18 meters) working your way toward the shallow areas. Very large coral heads dominate the edge of the reef offering shelter to many fish of all sizes and color. It is your choice which direction to go. The reef is so interesting that you cannot see it all in one dive. The remains of amphibious landing craft, coral encrusted anchors, remnants of crashed airplanes, large rubber hoses and much, much more are here to be discovered.

Fascinating Facts: Peleliu was the center of one of the most intense battles of WWII. On September 15, 1944, Orange Beach was the main landing beach for the US Marines and Army. The US Navy Seabees constructed the southern harbor. Remains of the steel docks are still being used today. Due to increased tourism to the island and safety, new wooden docks are being built over and in addition to the original docks.

IMPORTANT: DO NOT PICK UP ANY AMMUNITION!!! Due to the age of the bullets, bombs, mortars, etc. these pieces of history are very unstable and can explode.