Distance from Koror: 24 miles (40 kilometers) from Koror, 45 minutes by speedboat.

General Information: Turtle Cove has two (2) mooring buoys, one near the mini blue hole and the other to the east. Many surprises await the observant diver. Important Notice: Turtle cove is a popular stopping over place for lunch. Listen for the sound of boats passing by and overhead when snorkeling or diving. Take caution before surfacing; use a safety sausage to alert boat drivers to your position. 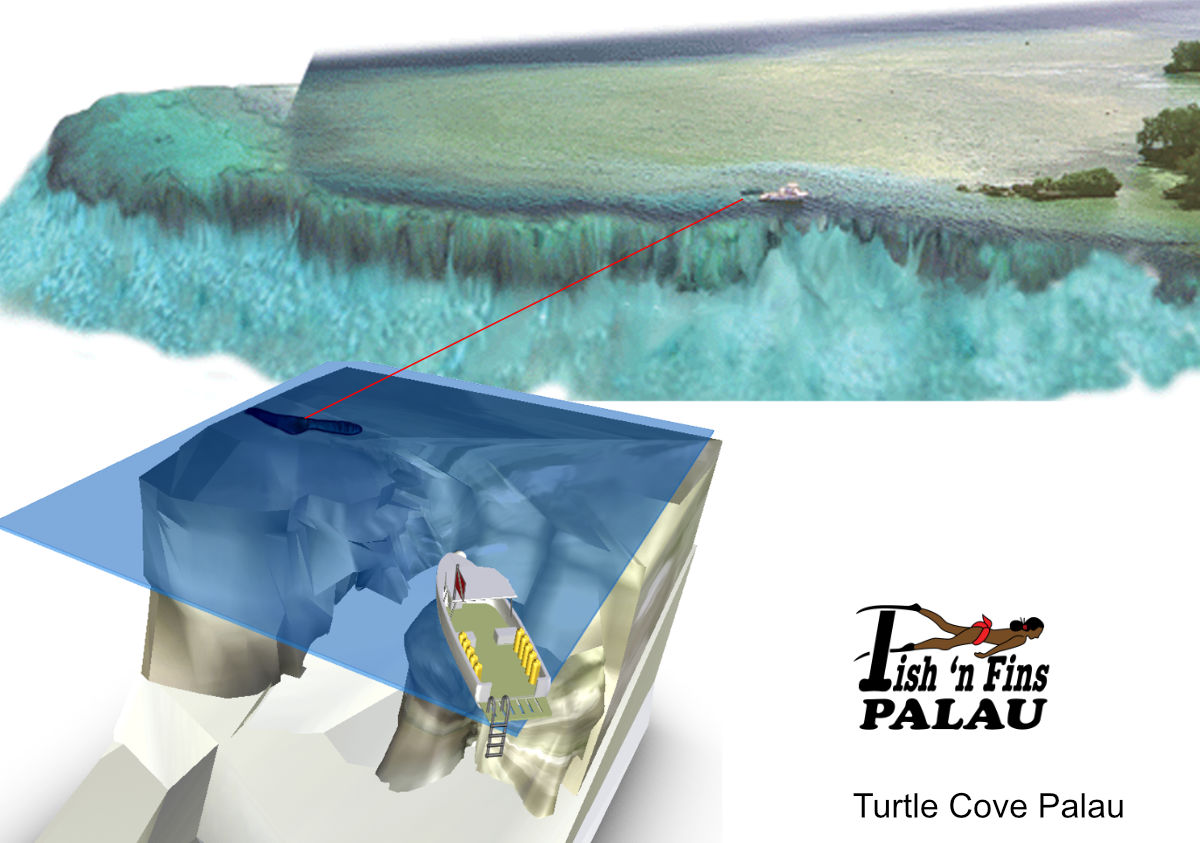 Marine life: Look for large schools of Big Eye Jacks, snappers, Pyramid Butterflyfish, Anthias, Moorish Idols and Yellowtail Fusiliers. Grey Reef Sharks can be seen cruising along the top of the reef. Blueface, Regal, and Emperor Angelfish are plentiful along the edge and on top of the reef. If you are very lucky, you may even spot a turtle or two! White Tip Sharks, Leopard Sharks like to rest in the sandy run-off at the mouth of the blue Hole exit. 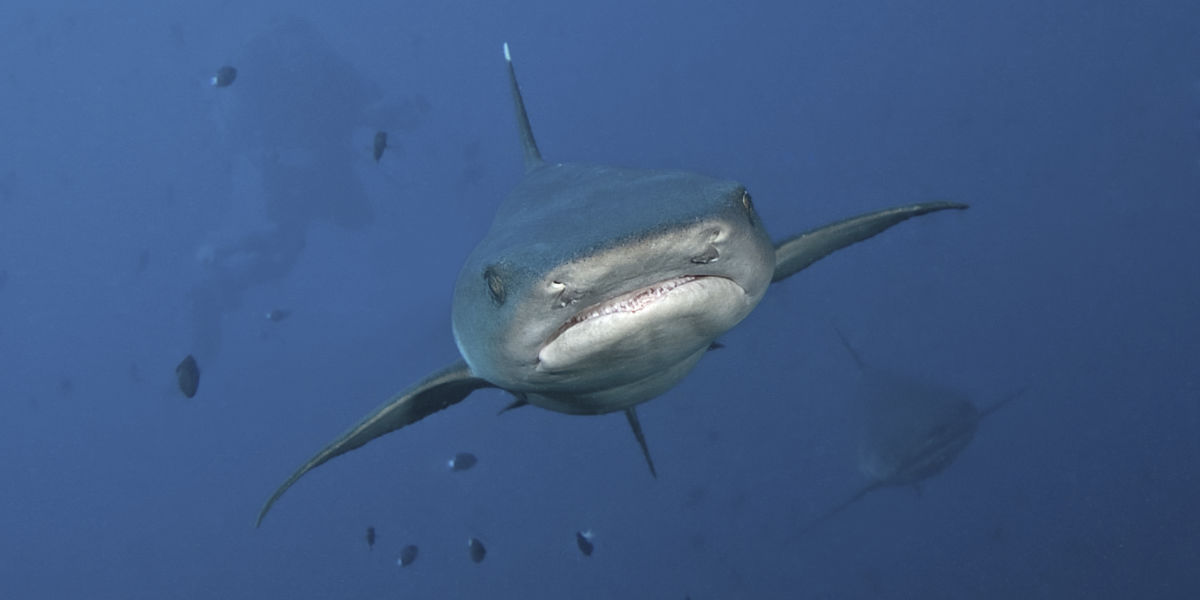 Diving: A mooring buoy to the south of the mini blue hole marks the top of the reef. The dive at Turtle Cove usually starts by descending though the mini blue hole. If the tide is very low the dive will commence along a cut in the reef that leads down to the large cavern that forms the blue hole. A sandy run-off at 55 to 90 feet (17 to 30 m) marks the exit point from the mini blue hole. Exit the cavern, keeping the wall on your right and work your way south along the reef. Take your time, there are many small caves, arches, and hidden ledges hidden to explore. As you approach the corner, ascend to the top of the plateau at 40 feet (13 m). If the current is strong you may want to attach your reefhook to a rock. As you start your ascent, drift across the top on the plateau into the blue water so the boat driver can pick you up.

Fascinating Facts: How did Turtle Cove get its name when you rarely see turtle there? Years ago Hawksbill Turtles used the beautiful beach on Ngercheu Island to deposit their eggs. Because the beach is now used mainly as a picnic beach the turtles no longer come here but the name Turtle Cove has endured over the years.