Location: Eastern reef of the Palau Islands. The southern most corner of Uchelbeluu reef

Currents: The current around Short Drop Off will flow from north to south during the outgoing tide. The incoming current, which can be strong, will not affect the divers swimming close to the wall. For more information regarding the tidal patterns of Palau, check the Blue Corner tide and current section.

General Information: Due to the proximity of this reef to Koror, it has become known as Short Drop Off. A Safety Sausage is a mandatory piece of dive equipment.

Reef Formation: The reef runs north to south, then turns toward the open sea and stretches out from west to east forming a deep plateau. 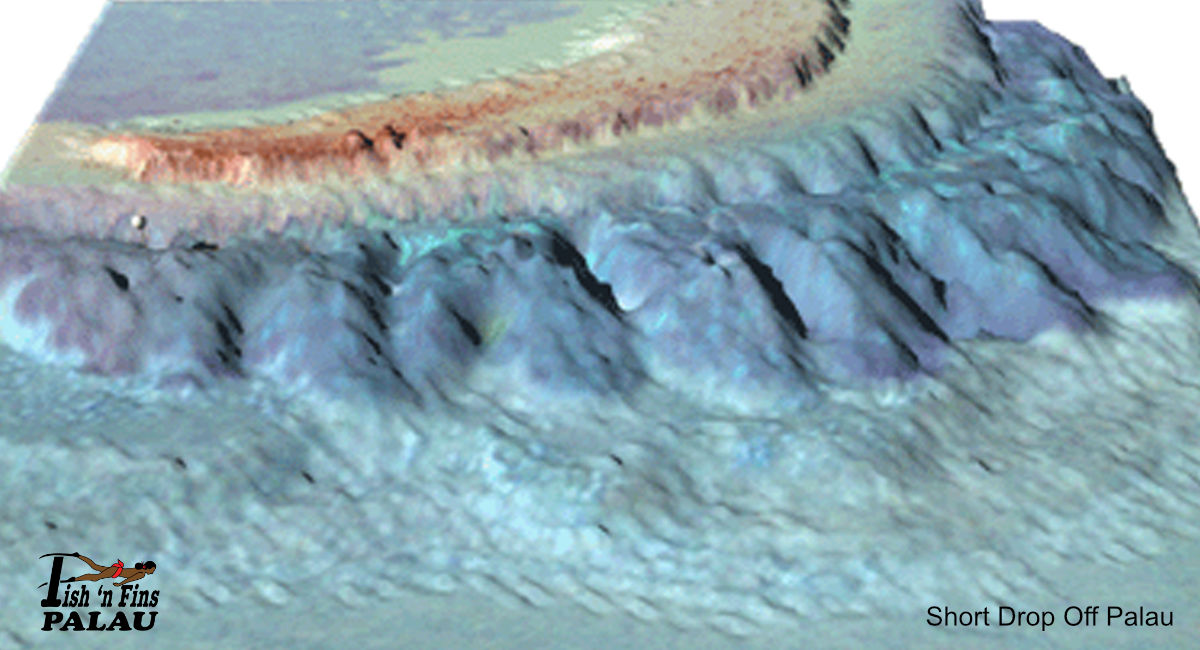 Marine life: Short Drop Off offers large variety of soft and hard corals. White Tip Sharks, Gray Reef Sharks, Black Tip Sharks and turtles are regularly seen along the edge of the reef. Eagle Rays are also a common sight here. During the months of September through November, Short Drop Off is a nursery for baby Gray Reef Sharks. Schools of juvenile sharks 10 to12 inches (25 to 30 centimeters) in length accompanied by an adult female, patrol the water at 90 to 120 feet (30 to 40 m). On occasion, the school will approach the shallow reef in search for food. Among the corals and crevices of the reef, the observant diver, can usually find numerous species of nudibranchs and almost always, octopus. The Chambered Nautilus is also known to live along this reef. We can offer the diver the opportunity to photograph these beautiful animals. Nautilus live in depths exceeding 600 feet (200 m) and are trapped at night. After you have had an opportunity to photograph them they are released along the reef wall to return to the deep ocean. 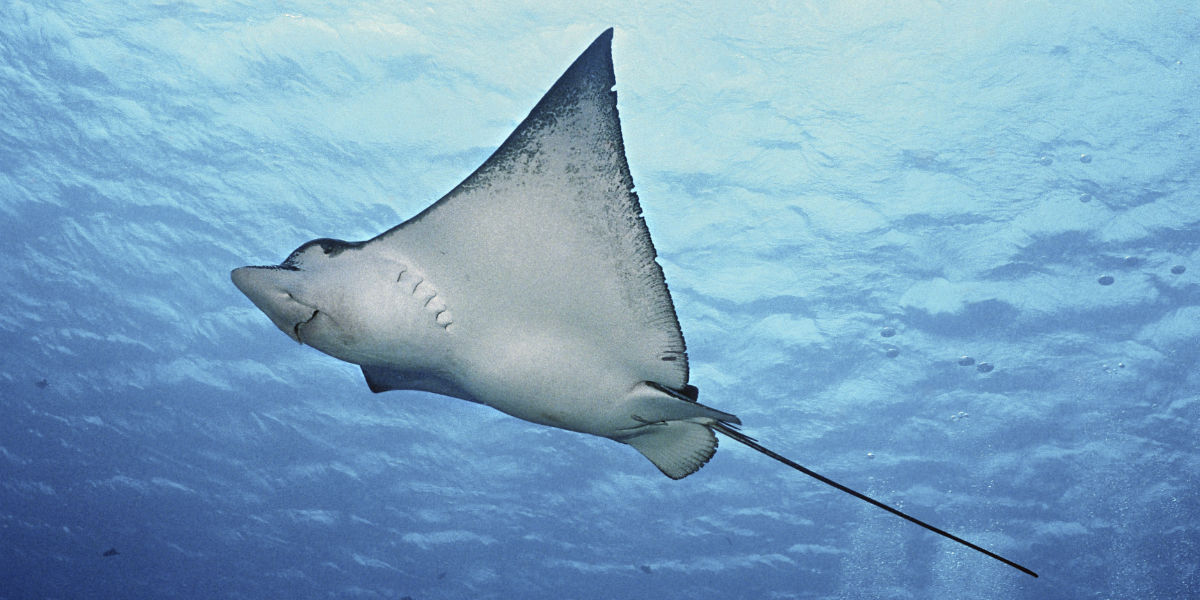 Diving: The dive usually starts at the northern end of the dive site. The boat will drop you in front of a large pyramid-shaped rock that dominates the shallow reef. Coral heads and deep crevices run along the reef slope from 10 to 100 feet (3 to 33 m). As you descend along the reef, keep the wall to your left; let the current gently carry you toward the corner. At the corner, the drop off will gradually change to a massive plateau 20-50' (6 -17 m) deep.

Fascinating Facts: The nautilus is one of the more unusual critters that inhabit tropical waters. Nautiluses are found only near the equator. Even though they are found in tropical waters, nautilus prefer near freezing water temperatures. They live in depths exceeding 600 feet (200 m), rising only as high as 200 feet (65 m) to feed. Scientists estimate that the nautilus has not changed in over 400 million years of known existence.